She pointed at the sky,
With a delight she could not contain,
Giddy and shaking with joy.

Choo-Choo! she cried,
At a plane (not a train).
She truly loved that thing she did not know.

She watched it as it went smaller in the sky,
Until it was no longer visible.

Then she looked to me with sudden sorrow,
But sighed with acceptance,
And waved her tiny hand,
“Bye-bye choo-choo.”

She swung her head back and pointed back up at the sky,
And made a simple request:
“More choo-choo.”

Inspired by my wonderful little Ori.

And next week we have another one due. More choo-choo.

Anyone who considers themselves part of the Kurt Vonnegut karass will love this new, tenderly crafted documentary, Kurt Vonnegut: Unstuck in Time. It’s the culmination of an epic 39-year journey taken by filmmaker Robert Weide, over the course of which he and Kurt clearly developed a loving friendship.

I consider myself something of a Vonnegut nut, having trawled Kurt’s biographies, autobiographical notes, and semi-fictional-autobiographical-narrative-elements in order to create Kurt Vonnegut Tweets. But I have nothing on Weide. And take it from me, the footage in this film – most of which I’ve never seen before – is absolutely fantastic. There are crystal clear home videos of Vonnegut as a young boy with curly blond hair, goofing around with his brother Bernard and sister Alice. There’s Kurt in his twilight years, revisiting houses and schools from his childhood, explaining how they influenced his writing. There are interviews with his children, where they talk very frankly not only about the goods but also the bads of their father.

Slaughterhouse-Five – often considered Kurt’s finest work – serves as the film’s gravitational centre. The camera itself is unstuck in time, darting from Kurt in his 80s to Kurt in his 20s, from Robert’s first contact with Kurt to him directing Kurt to cry ‘Tralfamadore!’ once more on the shore of Lake Maxinkuckee. It all comes together as something that isn’t just highly informative but also deeply moving. And although at the start I was a little wary of how it featured Robert, the filmmaker, as well as Vonnegut, by the end I was convinced it was all done in a manner Kurt would’ve thoroughly approved of. Indeed, near the end you can litereally hear old Kurt over the phone in his raspy Pall-Malls-inflicted voice, saying how much he liked some earlier edit of this film.

If you don’t believe me and Kurt, check out the LA Times review and this Guardian article. Or just watch the film.

Very happy to say that my latest story, ‘One Machine, One Message’, has just been published in the awesome Andromeda Spaceways Magazine (Issue 85). It might be up your street if you (or a version of you on another timeline) is interested in time travel, parallel worlds, and other such things that make your head hurt. I’m very proud of this one, so do check it out!

I started work on this story in 2017. It went somewhat into cryo until being defrosted in 2020. I have had so many amazing conversations with people about different drafts of it, where not only have I received invaluable feedback, but we’ve got lost exploring the concepts and/or drawing elaborate diagrams (if you read the story, you’ll understand why).

I’d like to thank at least the following people for these conversations (in no particular order): my mum, my brother, James, Rob, Ben, and Russell. I’d like to give a special thank you to Emily, for the long (seemingly endless?) conversations, not only in this timeline but probably countless others too.

I feel very honoured to have ‘Desynchronisation at Seven Sisters’ voted as the winner of the Fiction Desk’s Writer’s Award! It’s a great anthology and I’ve got a huge amount of respect for the other contributors, so this means a lot to me.

Check out more information on the award and how to get a hold of the anthology, ‘Houses Borders Ghosts’.

As described in my previous post, this story was a long time in fermentation. It took years until I was happy with how to write it, but once I had a handle on that it was a lot of fun to work on. Many thanks again to all who helped me with discussions and edits along the way.

I’m very proud to have a short story in the latest anthology from The Fiction Desk: Houses Borders Ghosts, released today. I’ve loved their previous anthologies and long admired what they’ve done for new writers and short stories in general. It’s been a pleasure working with them.

My piece is called ‘Desynchronisation at Seven Sisters’. It was inspired by both a strange experience in a videogame (‘Sins of a Solar Empire’) about 8 years ago, and some real-life confusion at the Seven Sisters underground station. I hope you enjoy it and the rest of the anthology!

Thanks to all those who helped with feedback on drafts of this, including at least: Emily, James, Ben, and Rob Redman. Oh, and Alex, who fact-checked the geographical details.

Season 3 of the After Dinner Conversation short story anthologies is now out, featuring ‘The Library of Gromma’! 25 short stories on philosophical and ethical themes, complete with discussion questions for reading groups and general pondering.

To promote this new anthology they’re also giving Season 1 away for free for 48 hours.

I’m very happy that After Dinner Conversation are publishing a new short story of mine, ‘The Library of Gromma’. It’s a story about a boy called Zac who is looking after his Gromma, an elderly engineer who has built up an immense mechanical library of her memories as a way of holding onto the past.

Currently this is available on Amazon as a Kindle edition (link to US Amazon site / link to UK Amazon site). 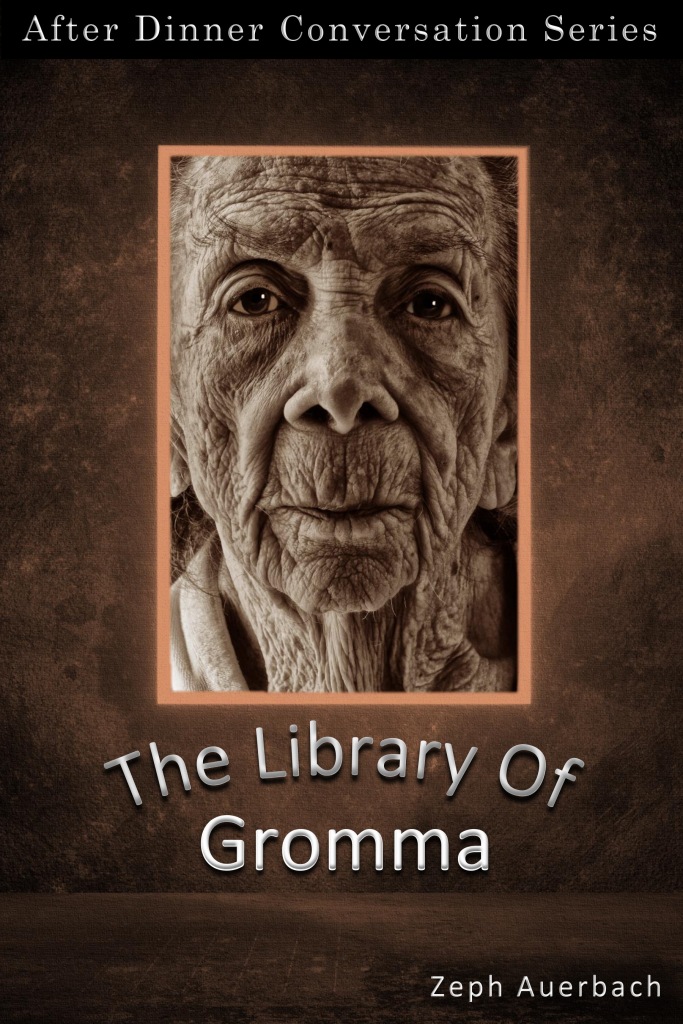 It’s great to be a part of the After Dinner Conversation family. I love their approach to short stories, which is to select those that spark debates, and provide tools to facilitate those debates. When I think about the stories I’ve loved the most over the years, they’ve often been the ones that’ve acted as springboards for philosophical discussions / bitter arguments with friends.

Huge thanks to those who commented on early drafts – including Ben, James, and Russell.  Even huger thanks to my wife, Emily, for reading half a dozen drafts and joining me in conversation about this story after, before, and during many dinners.

I look back at running a Perfect Dark fan site, and speak to one of Perfect Dark’s original designers, David Doak, about the evolving significance of online fan content for the games industry.

It took recent articles celebrating the 20 year anniversary of Perfect Dark to jolt my memory back to those times. Perfect Dark was Rare’s highly anticipated follow-up to the ground-breaking GoldenEye, both on the Nintendo 64. I was 16 when it was released. I don’t remember the game as well as I should, considering that at the time I was running, along with my brother Jake and best friend Alex, what was probably the most popular Perfect Dark fan site in the world.

Previously, I’ve always left my nostalgia there: a hazy feeling of pride for something created in a time long gone. But this time I’ve decided to return. I’m using the wonderful Wayback Machine from the Internet Archive to revisit PDark.com in its glory days. I feel like I’m diving down to the depths, to shine a torch around an old sunken wreck.

END_OF_DOCUMENT_TOKEN_TO_BE_REPLACED

Frank looked at himself in the mirror from a variety of angles, not liking any that he saw. In exasperation he threw off his old, ill-fitting tennis shirt and tried on his ancient Barcelona FC top.

“What do you think about this one?” he asked.

“You look great, honey!” Alice replied, although Frank noticed she hadn’t actually taken her eyes off her phone.

“I just don’t know whether I should go,” Frank said dejectedly, “It feels like it’s been a very long time.”

“I love going to my reunions, seeing all my girls.  Just hanging out, partying, bitching about everyone, karaoke… I’d kill to be allowed to see them more than once a year.”

“But it’s like I was saying to you, I’m just not sure I… I mean I find myself comparing myself to them and they’re all just so much more…”

“Look, honey,” Alice said, still not taking her eyes off her phone, “they’re not better than you.  You’re great.   Just enjoy it.”  She looked up at him and all of a sudden her face transformed into the severest of frowns.  “Aren’t you going to wear a shirt?”

Frank sighed.  “I’ve told you before, nobody wears things like shirts and ties.  It’s just our tradition.” He didn’t think he looked that awful, standing there in the mirror in his Barcelona FC top, shorts, white socks and trainers.

Although he was anxious and apprehensive, Frank was proud of himself for going.  He was resolved to tell them, finally, after all these years.  It was his duty to tell them. END_OF_DOCUMENT_TOKEN_TO_BE_REPLACED